Home Who we are

The International Union of Catholic Students, born in Switzerland between 1887 and 1891, was the first step in our long history movement. In 1891 nearly 7,000 Catholic Students from around the globe gathered in Rome under the leadership of Baron George Montenach.

After the horrific events of the First World War, a group of various existing national federations of Catholic university students from the three nuetral countries (Switzerland, Holland and Spain) gathered together with Catholic students of countries in the conflict, such as Argentina, Java (Indonesia), and the United States, There, with the support of the Vatican, they founded IMCS (under the name Pax Romana). “Pax Romana” because of the involvement in the fight of peace (Pax), inspired by the values of the doctrine of the Roman Catholic Church (Romana). The challenges and changes of the post-World War II era in the context of the Cold War and the Second Vatican Council have focused our identity on issues of social justice, human rights, refugees, liberation theology as a global reality, peace and ecumenical dialogue. 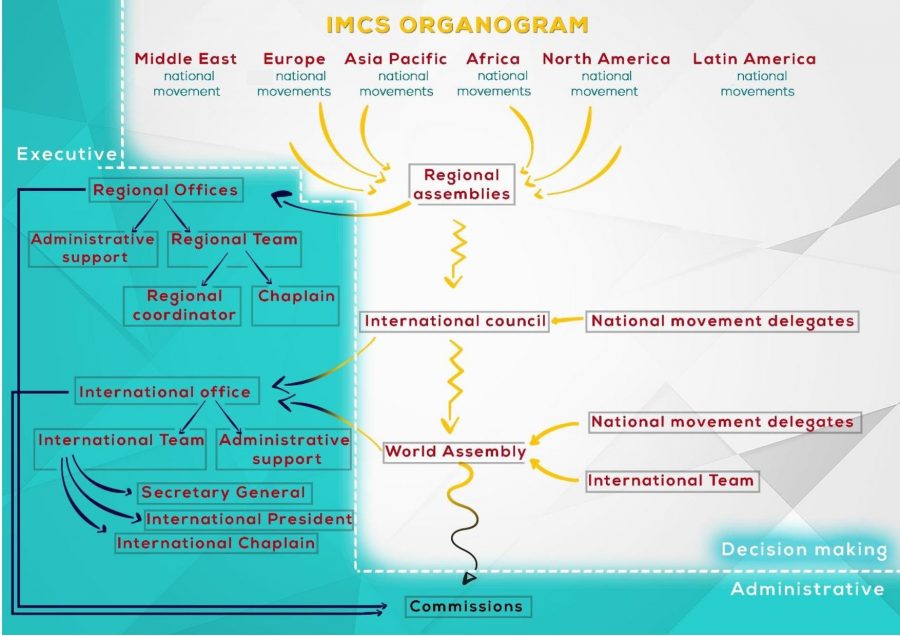