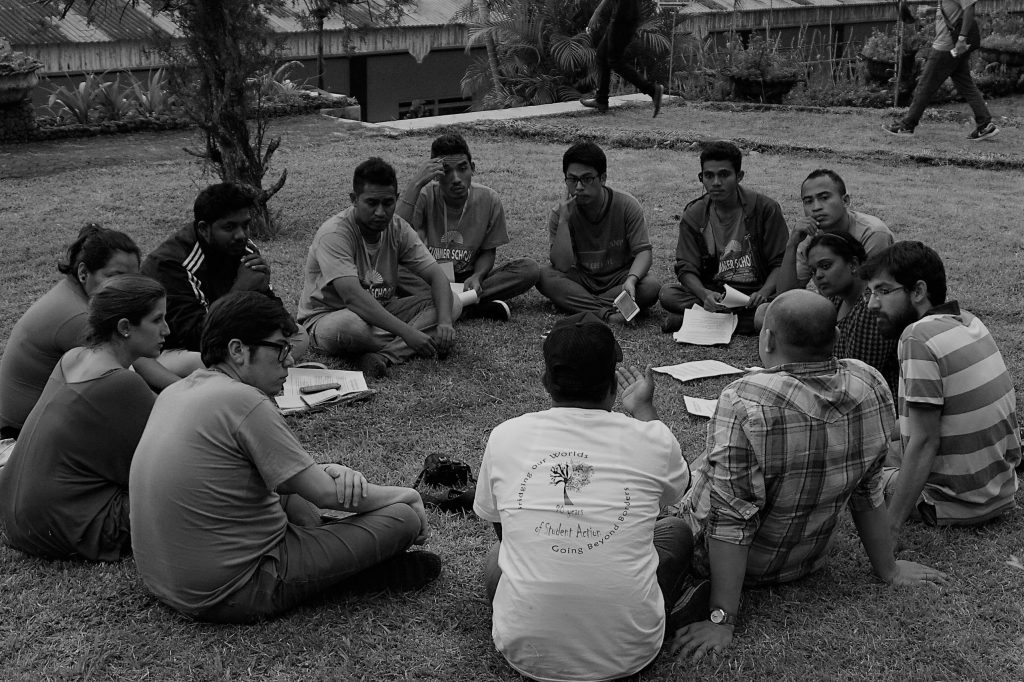 As a movement of Catholic students, IMCS’s main mission is the evangelization of student circles. We encourage students to live their faith by becoming involved in solving local problems locally, nationally and internationally. The role of the international team is focused around four main axes:

The commencement of IMCS can be traced back past our “official” founding in 1921 in Fribourg, Switzerland, to the late 19th Century with the International Union of Catholic Students. In 1921, a diverse group of existing national federations of Catholic university students from Europe, Argentina, Java (Indonesia), and the United States, founded IMCS with the name of Pax Romana, to express their desire to build peace and solidarity in a world torn apart by war.